dedicated to organic farming since 1973 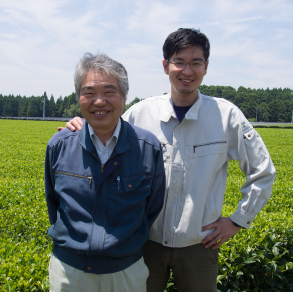 Orita Nobuo san was 24 years-old when he inherited his family tea farm and factory from his father, in 1970. Established in 1960, Orita-en tea plantation decided to turn to organic tea already in the 1970s, but it took them 20 years of trial and errors to find the right method that would yield a satisfactory result. They received the JAS organic certification in 2000 when it was first launched.

The fields of Orita-en cover 25 ha in Chiran area. Their teas benefits from the rich soil and the mild climate of the Kagoshima peninsula. Their products are the results of both a great environment and careful work. Tea trees that grow according to organic standards and methods tend to become deficient because their metabolism is activated and requires a large amount of nutrients and trace elements. Relying on scientific data, Orita-en selects the type and quantity of nutrients necessary by performing original soil analysis and fertilization design. Using microorganisms, they can achieve synergy with fertilizer agents and obtain a highly efficient control.

Orita-en is a family-run company committed to increase their exports. Today, Orita Nobuo san is assisted by his son, Mitsushi san, who travels abroad to promote Orita-en tea all around the world. They are already selling to the US, Taiwan and Hong Kong and they look forward to serving European customers as well. The Orita family firmly believes that good green tea offers peace of mind and helps the body remaining healthy.

Thanks to its mild climate, in addition to the widely known Yabukita, the region grows a large scope of tea cultivars: the rich Yutaka Midori with its intense aroma and high levels of cathecin, the bright and sweet Sae Midori with its nice smell and high contents of theanin and amino acid, as well as the rare Asa tsuyu, known as the “natural Gyokuro”, with its fragrant aroma and thick sweetness.

Covering 3,454 hectares and with four crops a year, this region is the largest producer of green tea in Japan.

Chiran tea is exceptional thanks to the remarkable combination of the unique geography and climate of Minamikyushu area.

Earth, water, wind: all elements have come together in this region to create different tea cultivars of the highest quality.

Chiran tea trees thrive between the sea and steep mountains, under the shadow of active volcanoes, in a warm and humid climate where Southern Pacific winds blow steadily.

Because of this mild climate, Chiran's Shincha (first harvest) is the first in Japan, almost one month before other regions of Japan.

Tea trees grow better in such a rich soil, tea leaves absorb these elements and restitute them in a deeply satisfying and exquisite beverage, with a rich and delicious taste.

It is no wonder then that Minamikyushu is suffused with green.

Nature has spared no efforts and has painted this region with the widest range of greens: an emerald sea, vibrant tea trees and lush mountain slopes bathed in ardent sunlight spell a wondrous enchantment on all who see them.

tEA OF THE SAMURAI

A long tradition of tea farming

Chiran tea is the result of the common efforts of three long-established tea communities located in Minamikyushu, Kagoshima. Ei, Kawanabe and Chiran communities have a long and deeply rooted history with tea, starting in Kawanabe in 1659 by Samurai families (you can still visit samurai houses in Chiran).

Today, 845 producers supply 129 factories with a large scope of cultivars. Their work and dedication to making the  nest grade of tea are recognized by the number of awards that Chiran tea has received in prefecture and nation-wide competitions (116 by the end of 2014).

Making good use of the exceptional climate blessing the region, the producers are steadily giving more and more importance to growing more delicate, but tastier and healthier, tea cultivars such as Sae Midori and Asatsuyu.

tHE TEAS oF ORITA SAN

Orita san explains: "Our farm is in Chiran, Minami-Kyushu city, Kagoshima  prefecture. It is located on flat land by the sea. It has not an environment as ideal as when fields can benefit from river mist or morning fogs, but the amount of solar radiation is large, so our tea enjoys high polyphenol contents. We also improve its quality by supplying minerals and by covering the tea trees. As a result, the tea produced in our farm is characterized by a firm body and a strong tannin taste, as well as aromas like lily and nuts."
煎
茶 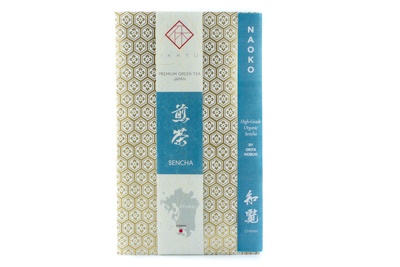 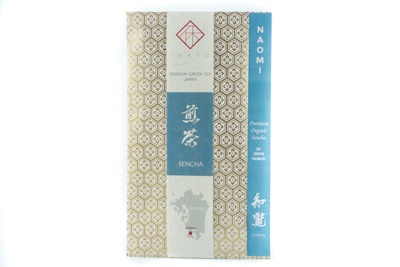